Once a card with a contract draft has transitioned to a phase where the 'Submit Contract Draft' action is enabled, an email notification will be sent to the owner of that phase (see Configuring Workflow Notifications) asking them to review the contract draft. This would normally be the internal or external contract owner.

There are 3 options to choose from when reviewing a Contract Draft:

Note: It is suggested that Track Changes is used when making changes to an existing Contract Draft. 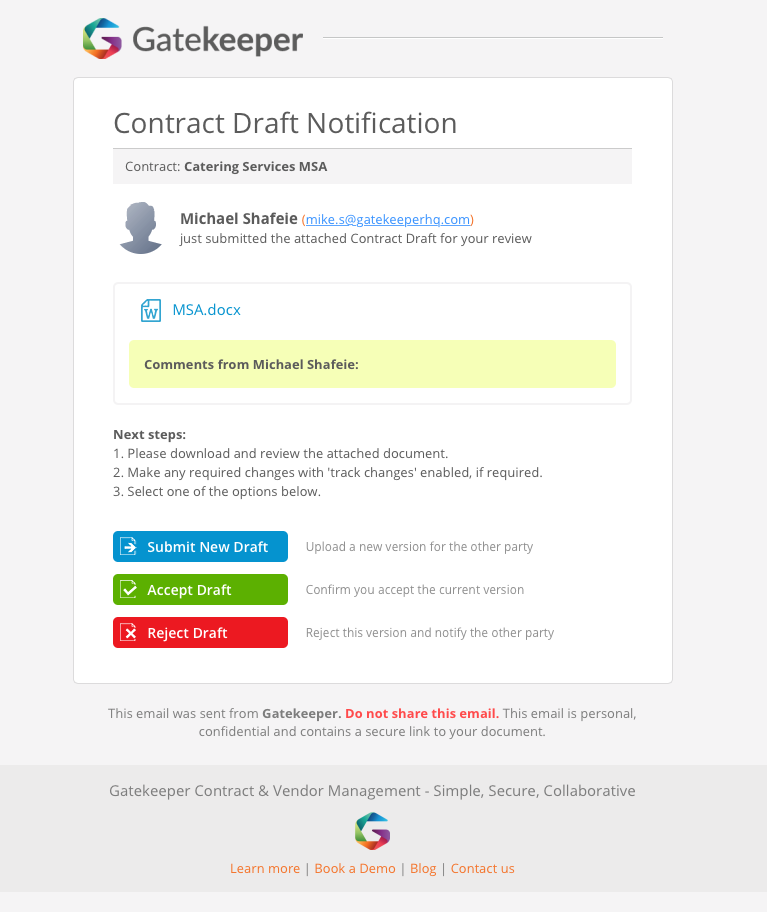 In most use cases the Contract Draft would move back and forth between the two parties along with comments when either the “Submit New Draft” or “Reject” options are selected.

When a draft is generated from a GK Editor template (see creating a contract template here) and requires reviewing, the user will receive an email along with a link to review the draft.

Clicking review draft will take you to a read-only version of the document where you have the following options: 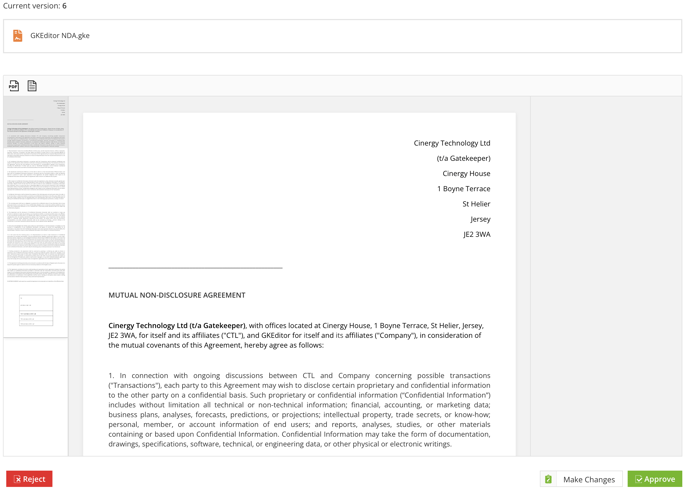